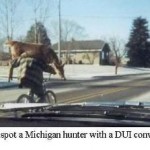 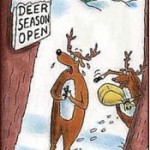 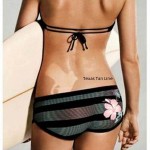 If a man says something in the woods and there are no women there,
is he still wrong? 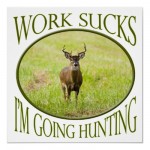 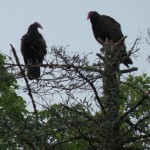 Shagbark deer hunters are in camp when they realize that they are running low on provisions. The group appointed Halfhunt to get supplies.

Halfhunt went into the store and bought 10 bottles of whiskey, 12 cases of beer and 2 packages of hotdogs.

When he returned to the camp the group looked in his truck and they asked, “Hey Halfhunt, what in the world are we gonna do with all them damn hotdogs?” 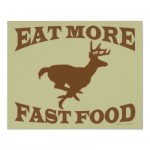 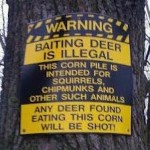 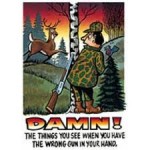 An Irishman was drinking in a bar in London when he gets a call
on his cell phone.

He orders drinks for everybody in the bar as he announces his wife has
just produced a typical Irish baby boy weighing 25 pounds.

Nobody can believe that any new baby can weigh in at 25 pounds,
but the man just shrugs,

“That’s about average up our way, folks…like I said – my boy’s a typical
County Clare baby boy..”

Two weeks later the man returns to the bar.. The bartender says,

“Say, you’re the father of that typical Irish baby that weighed 25
pounds at birth, aren’t you?

The bartender is puzzled and concerned. “What happened?”
“He was 25 pounds the day he was born.”

The father takes a slow swig of his Jameson Irish Whisky, wipes his lips
on his shirt sleeve, leans into the bartender and proudly says, 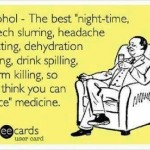 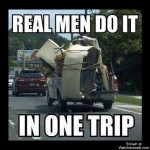 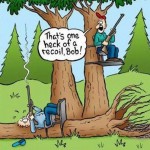 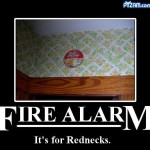 The guys were all at a deer camp. No one wanted to room with Bob, because he snored so badly. They decided it wasn’t fair to make one of them stay with him the whole time, so they voted to take turns.

The first guy slept with Bob and comes to breakfast the next morning with his hair a mess and his eyes all bloodshot. They said, “Man, what happened to you? He said, “Bob snored so loudly, I just sat up and watched him all night.”

The next night it was a different guy’s turn. In the morning, same thing, hair all standing up, eyes all bloodshot. They said, “Man, what happened to you? You look awful! He said, ‘Man, that Bob shakes the roof with his snoring. I watched him all night.”

The third night was Fred’s turn. Fred was a tanned, older cowboy, a man’s man. The next morning he came to breakfast bright-eyed and bushy-tailed. “Good morning!” he said. They couldn’t believe it. They said, “Man, what happened?”

He said, “Well, we got ready for bed. I went and tucked Bob into bed, patted him on the butt, and kissed him good night. Bob sat up and watched me all night.”

Freddie went to the local bank to borrow money for a new bull. The loan was made and Banker Bill , who lent the money, came by a week later to see how the bull was doing.

Freddie complained that the bull just ate grass and wouldn’t even look at a cow. The Banker suggested that he have a veterinarian take a look at the bull.

Next week, the Banker returned to see if the vet had helped. Freddie really looked very pleased. “The bull has serviced all of my cows! He broke through the fence, and bred all my neighbor’s cows! He’s been breeding just about everything in sight. He’s like a machine!”
“Wow,” said The Banker , “what did the vet do to that bull?”
“Just gave him some pills,” replied Freddie.
“What kind of pills?” asked The Banker
“I don’t know, but they have a peppermint taste.” 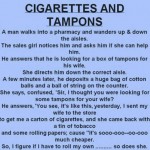