To promote the growing of renewable forest resources on private land while protecting environmental benefits and increasing public understanding of all benefits of productive forests.

The four segments of the ATFS sign emphasize this integrated approach to the management of our woodlands:
1) Wood 2) Water 3) Wildlife 4) Recreation

Management of woodlands by the ATFS standards leads to a designation of a ‘Certified Family Forest’ that indicates the Tree Farmer’s goals are to provide a renewable resource in a sustainable manner while maintaining a healthy forest that protects water, wildlife, and recreational values.

Max has dedicated himself to the preservation and growing of renewable resources, earning the Ohio Tree Farmer of the Year award in 1990. This award annually recognizes an outstanding Tree Farm in Ohio. The Tree Farm must be certified by the American Tree Farm System (ATFS) by meeting their standards and following their mission “to promote the growing of renewable forest resources on private lands while protecting environmental benefits and increasing public understanding of all benefits of productive forestry”. Each summer a call is sent to all Tree Farm Inspectors for nominations for the award. The Awards Committee reviews these nominations and then makes a visit to the Tree Farms. The nominations are then presented to the full Ohio Tree Farm Committee at the last meeting of the year and a selection is made for the coming year. The award is presented at the Tree Farm Luncheon at the Ohio Forestry Association Annual Meeting in the spring. A Tree Farm Tour is scheduled for the fall to show the high quality of management and share experience and knowledge with other Tree Farmers and the public.

Max has been gracious in allowing our group to hunt, camp and hike his properties for the last 52 years. Some members of our group helped in planting the first trees on the Shagbark tree farm. Max visits our deercamps annually, joining us for dinner on “Prime Rib” night. We enjoy his company and conversations, especially stories of the “early days”. In return, to show our appreciation of his kindness we keep the grass mowed in the summer, and perform upkeep on the house where needed from time to time. A very small price to pay for all the years of good times and memories at the Shagbark tree farm. 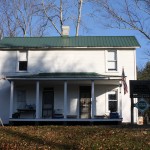 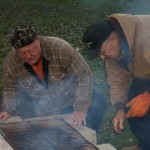 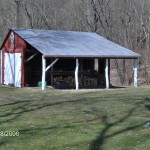 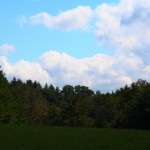 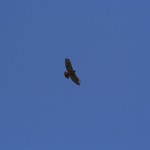 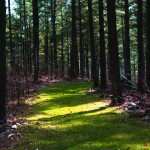 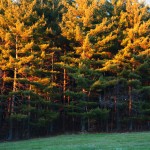 Past Tree Farmers of the Year

Ohio Inspector of the Year

This award annually recognizes a Tree Farm Inspector who has done an outstanding job of interacting with landowners through inspections, certifications, and public outreach. Each fall the Area Chairs are asked for nominations that are presented to the full Ohio Tree Farm Committee at the last meeting of the year where the selection is made. The award is presented at the Tree Farm Luncheon at the Ohio Forestry Association Annual Meeting in the spring. The Inspector will be considered for nomination for the ATFS Regional Inspector of the Year. Ohio is in the North Central Region that includes eleven (11) states. The four regional winners are then candidates for the National Outstanding Inspecting Forester of the Year.

Past Inspectors of the Year